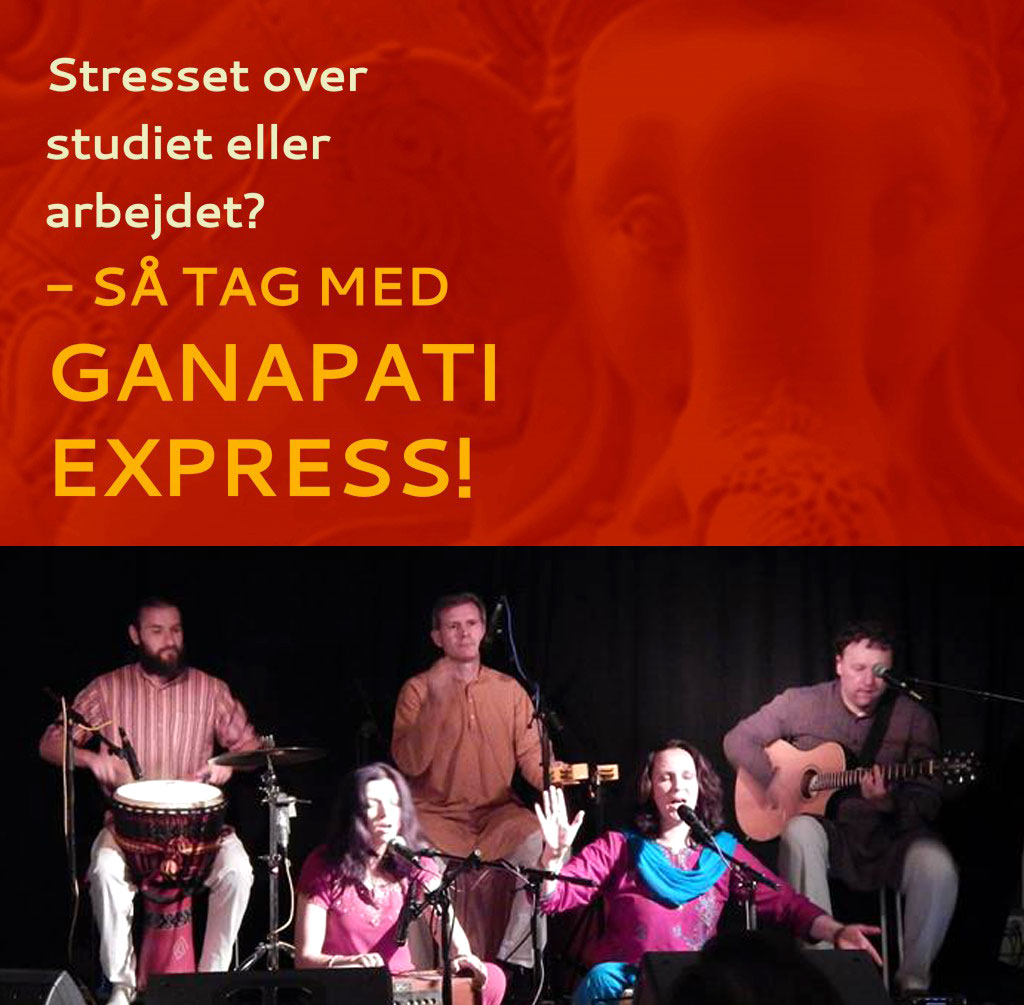 In week 43, we had the chance of having the band ”Ganapati Express” on tour in Denmark.

Through the music of indian bhajans in Hindustani fusion style, we explained how  the notes in the indian correlates to the subtle system, explained about the music can diminish the stress and how meditation can give you self-realisation

We had distributed and handed out flyers in the nearby radius of the concert venues and was very excited about the “seekers” who wanted to know more.

The first concert was at Den Gule Villa, Frederiksberg and after short introduction the musical vibration began to happen and was guided to a state of meditation

After the first set of songs, we had a vocal workshop, where Ira ( the lead singer) explained about the scale:
SA – corresponding to the first chakra (quality: innocence)
RE – corresponding to the second chakra (quality: creativity and wisdom)
GA – for the third chakra (quality: contentment)
and so forth
and the crowd participated whole-heartedly and then we collectively went into a state of thoughtless awareness, connected to the all-prevading source of that which had created you. After the programme a lot of people stayed at the venue, and a lot of questions got asked and got answered.

The concerts that Ganapati Express reached lyricwise backwards through time but the musical arrangement was very much in tune with modern, folky Hindustani fusion music. Witnessing a gap, a stillness in time and space, where only the connection with ones´spiritual being was experienced.

Definitely music which should heard at a live concert to get the fullest impact., so send us a mail, if you want to be contacted for the next rounds of concerts.

We played concerts almost every night, and some of our youngest got very tired, but another one showed skills on the drum, and we believe that he has a excellent career ahead of him. 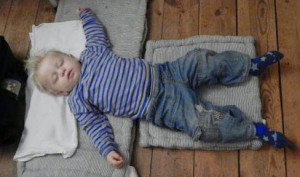 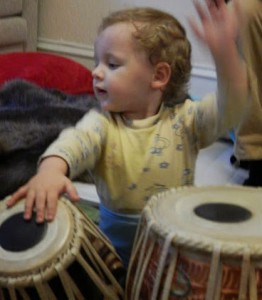 Throughout the week, we had concerts at Torup, an eco-village north sealand, a shopping mall in Ringsted, in our “usual” place for meditation – Østerbrohuset, and a performance for a theater ensemble with especially focus on the children, and a Friday evening show at Verdenskulturcentret at Nørrebro. 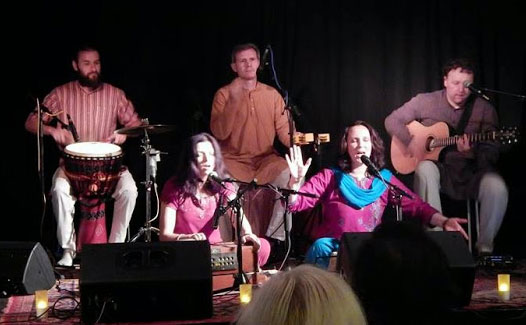 Meditation can be beneficial for personal, emotional, psychological and spiritual balance and unfoldment.

In short: Get your self-realisation and remember: The meditations are always free!

Some of the attendees came to several concerts since they wanted to experience the music and effect! more than one time, and a few of have shared experiences of the concerts, so enjoy the words and music:

It was an awesome experience to be in the Ganapati Express program. Firstly, I would like to thanks sincerely to the Ganapati Express group for visiting Denmark. I really appreciate their performance and the way of giving realization through music. I felt great vibration and joy in every program. The songs and music were outstanding. The personally felt the same joy as in cabella. The singer was amazing. I really appreciate her singing, which was full of energy and joy. The musicians were outstanding. I would also like to thanks sincerely to the musicians and the supporters.I hope to see Ganapati Express again in Denmark.Ganapati Express Rocks!

The music gave me a tremendous feeling of tranquility and joy. First time I was at the program, I experienced very strong vibrations which became even stronger next day. The effect lasted for days! Spending time with Ganapati Express and their music was really a gift for me.

We have recorded some of the performances, so enjoy the few glimpses samples of the evenings, and contact us, if you are more interested in Sahaja Yoga.

Lastly; a big and heartly THANK YOUs to Lena, Ira, Mads, Laura, Riti & Ranjan, Piyush, Anand and everybody else who helped  coordinating and organizing these past weeks.